'I can't go on': Selma Blair leaves 'Dancing with the Stars' over health concerns 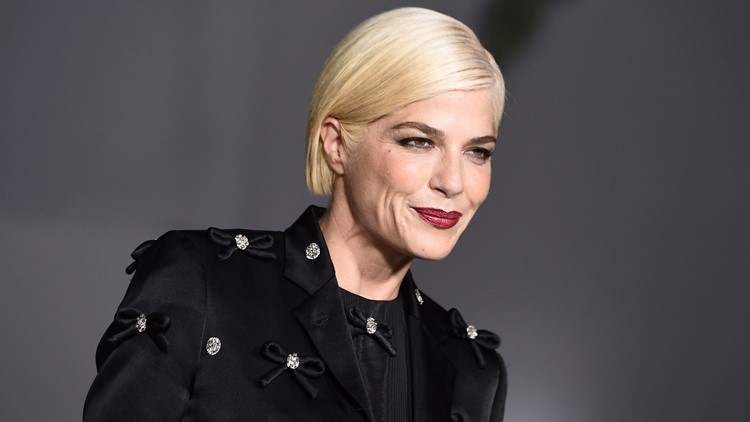 Blair was first diagnosed with multiple sclerosis in 2018.

LOS ANGELES — After weeks of competition, Selma Blair is leaving “Dancing with the Stars” due to health concerns.

Blair, 50, first shared that she was diagnosed with multiple sclerosis in 2018. In a recorded clip from rehearsal that aired Monday night, she tearfully told her dance partner that she couldn’t continue.

“I’ve been monitored and in touch with my doctors this whole process. I had these MRIs and the results came back, and it just all adds up to, I can’t… I can’t go on with the competition,” she told partner Sasha Farber.

Multiple sclerosis is a chronic disease affecting the central nervous system, the National MS Society says. Symptoms vary greatly but can include fatigue, weakness, pain, numbness and other problems.

“With a chronic illness, you do have special considerations, and my body is definitely taking a hit. It’s way too much for the safety of my bones,” Blair said.

She and Farber completed a final dance together on the competition show as her fellow contestants wiped away tears.

Blair revealed her MS diagnosis in 2018, saying her memory was “foggy” and that she dealt with coordination issues. Her symptoms started years before her diagnosis but were “never taken seriously,” she wrote on Instagram at the time.

The Mayo Clinic says in multiple sclerosis, the immune system attacks the protective myelin sheath over nerve fibers and interrupts communication between the brain and body. While no cure is available, treatment can ease symptoms and change the course of the disease.

In August of last year, Blair shared that she was in remission from the illness after undergoing a stem cell transplant: “My prognosis is great,” she told a Television Critics Association panel.

The “Legally Blonde,” “Hellboy” and “Cruel Intentions” actress has raised awareness of the illness in a 2021 documentary and a new memoir, “Mean Baby.”