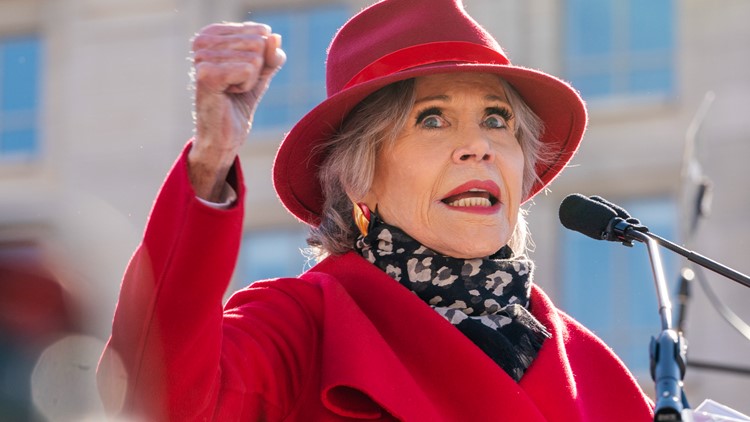 WASHINGTON — Jane Fonda announced Thursday that her cancer is in remission, three months after revealing she had been diagnosed with non-Hodgkin’s Lymphoma.

“Last week I was told by my oncologist that my cancer is in remission and I can discontinue chemo. I am feeling so blessed, so fortunate,” Fonda wrote.

She explained that while her first four chemotherapy treatments only led to a couple days of feeling tired, “the last chemo session was rough and lasted 2 weeks making it hard to accomplish much of anything.”

Fonda said Thursday the effects from her last chemo session finally began to wear off just as she traveled to D.C. for the first in-person Fire Drill Fridays rally since the group went virtual during the COVID pandemic. When the 84-year-old actress first revealed her cancer diagnosis, she vowed to not let her chemotherapy treatments stop her climate activism.