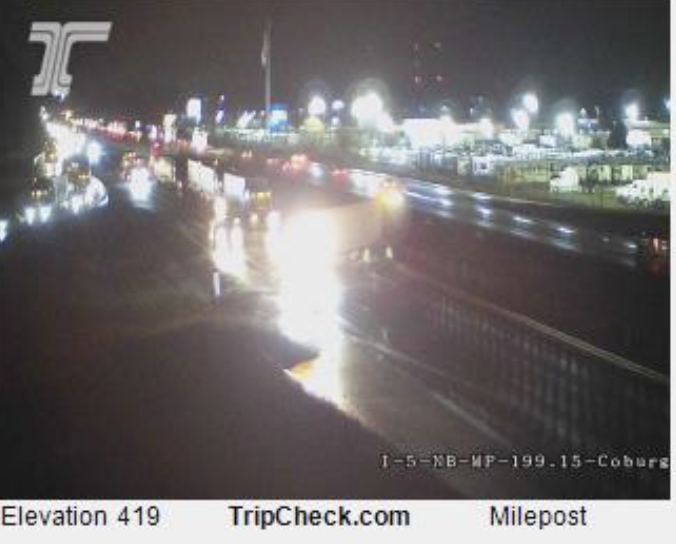 PORTLAND, Ore. (KOIN) — Interstate 5 is shut down in both directions near Eugene as the region continues to be battered by icy weather conditions Thursday evening.

According to TripCheck, all southbound and all northbound lanes of I-5 were closed five miles north of the Beltline Highway Intersection around 7:30 p.m. Traffic cameras in the area showed what appeared to be a jackknifed semi-truck on the highway, but officials have not released specific details on what led to the closure.

However, in a press release issued shortly after 9 p.m., the Lane County Sheriff’s Office said that the current weather conditions have made roadways “very unsafe.”

“These dangerous conditions are expected to persist at least through the night,” the release stated. “Multiple crashes have already been reported across the county.”

Meanwhile, Interstate 84 is also closed in both directions in the Columbia River Gorge due to hazardous conditions. The Oregon Department of Transportation announced all southbound and northbound lanes are shut down from Troutdale to Hood River.

ODOT says I-84 will remain closed from exits 17 to 64 until conditions improve.


Drivers urged to stay off roads during winter storm

Officials continue to urge people to stay home and off the roads unless absolutely necessary amid the winter storm.