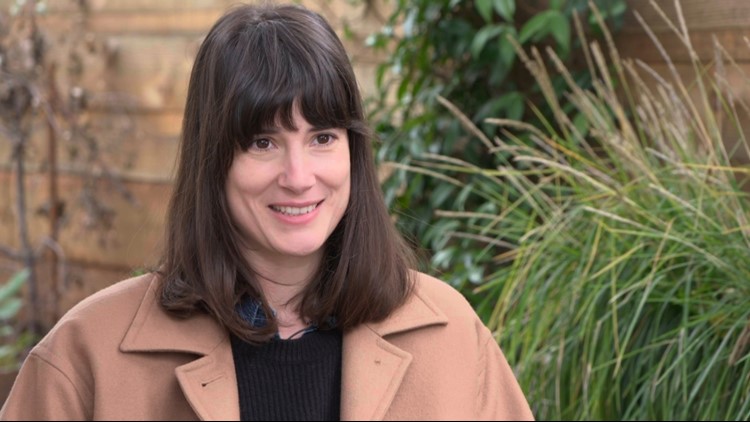 In the middle of the orientation for new members of Congress, Gluesenkamp Perez discusses the engrained political divisions and the need for political consensus.

VANCOUVER, Wash. — Among Congressional races in Oregon and Washington, none was closer — or perhaps more intriguing — than the projected win of Marie Gluesenkamp Perez in Washington’s 3rd District.

Within 12 hours of learning that she was projected to win the seat in the U.S. House of Representatives, Gluesenkamp Perez was on a plane to Washington D.C. for new Congressional member orientation.

“Everybody is in this flux of figuring out staffing, figuring out your office, taking classes on House ethics rules and how the judiciary committee works,” Gluesenkamp Perez told KGW. “The entire freshman class is there, (about 43 of us).”

Gluesenkamp Perez, a Democrat, leads Republican Joe Kent by about 2,830 votes as of Tuesday night, with very few votes remaining to be counted. Kent has not conceded the race and has expressed hopes that the race will go to a recount.

Some voters have less than a week to cure any errors with their ballots, but it’s unlikely the election results will change. Organizations like the Associated Press have been projecting that Gluesenkamp Perez would fill this seat for more than a week.

After a week of orientation, Gluesenkamp Perez returned home to Washington state for the Thanksgiving holiday. She’ll return to D.C. for more work next week.

Gluesenkamp Perez, who co-owns an auto repair shop with her husband, compared setting up a Congressional office to running a small business, in terms of organizing a budget, hiring staff and working on communications.

Still, she said she was surprised by the initial separation and partisanship among incoming lawmakers.

“I have to say I did expect a little bit more integration between the Republican and Democratic side — there are classes where we are separate, we have separate events, and I think that’s not ideal,” she said. “I think it’s critical we make allies across the aisle early, that I figure out who shares similar values to me, so I am making more of an effort to talk to other Republican electives.”

In her campaign, Gluesenkamp Perez marketed herself as a moderate candidate who wants to find the political “middle ground.”

Across the country, more moderate candidates from both the Republican and Democratic parties tended to perform well in the November midterms when running in competitive races.

Gluesenkamp Perez and political analysts said they view the results as a mandate from voters to find consensus among the factions.

“My hope is that I’m part of a new generation of people in D.C. who really are looking for bipartisanship, who really are looking to make friends with people of all political persuasions and deliver on things,” she said. “There are so many things that we all agree are broken. My hope is that we can right now, at the start, before some of these political affiliations get cemented in, make relationships that we can lean on to get bills passed.”

She said she talked with some Republicans who are excited about issues that she’s passionate about, such as “right to repair” laws.

But first, she and other new members of Congress have to get ready to govern.

“What committees have availability, what is the schedule going to look like, how’s your life going to come together,” she said. “What rooms need my perspective more than others, and how can I find a strategic advantage for my district and the needs of my district, navigating all of this.”