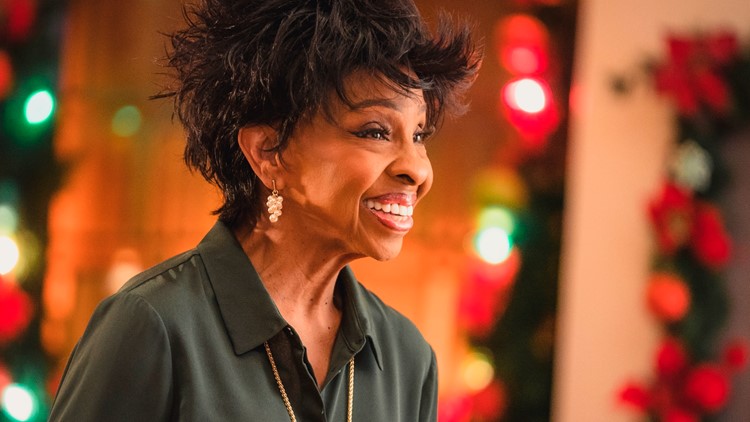 Gladys Knight will be celebrating the holidays on-screen this year in the TV movie “I’m Glad It’s Christmas.”

LOS ANGELES — Gladys Knight recalls Christmas as more than a family affair when she was growing up in Atlanta.

“Because Mom and Dad were the way they were, they would just embrace all the kids in the neighborhood,” said the legendary singer. Many of the children were in the same church choir and ”we were just so excited about the music.”

She counts “O Holy Night” as a favorite Christmas song. The best childhood gift she received? A bicycle, blue and silver, “and it was sharp.”

Knight will be celebrating the holiday on-screen in the TV movie “I’m Glad It’s Christmas,” airing 8 p.m. EST Saturday on the Great American Family channel. Knight plays matchmaker Cora, who wants to bring together a salesclerk dreaming of Broadway fame (Jessica Lowndes) and a songwriter (Paul Greene) for a small town’s Christmas concert.

Knight said she and husband William McDowell expect their Asheville, North Carolina, home to be packed as usual this Christmas, given their large brood of grandchildren and great-grandchildren.

“Everybody’s invited to come in a good mood and share the joy,” said Knight, a seven-time Grammy winner known for hits including “I Heard It Through the Grapevine” and “Midnight Train to Georgia.”