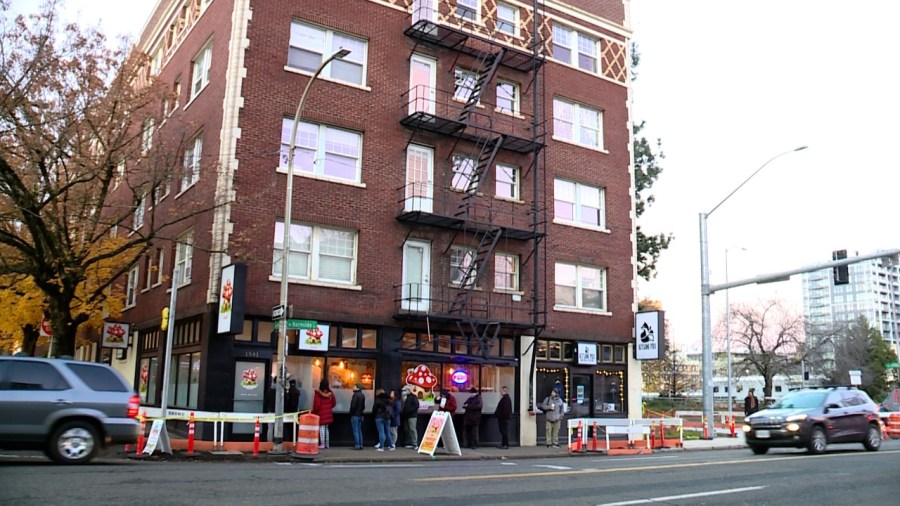 Former employees told KOIN 6 News that they didn’t receive proper pay stubs. Instead, they said the company used the banking app, Zelle, to pay them under the table. They also said they were paid below Oregon’s minimum wage and that their employer claimed it was ok because they weren’t taking out taxes.

The City of Portland’s tax division confirmed they have no records of registration for this company.

Despite the controversy, long lines continued outside Shroom House on West Burnside in Portland Monday and all weekend long as people came to buy magic mushrooms. Customers say it’s worth the wait.

“I’m in love with psilocybin. It cures depression and anxiety and all this other stuff that goes on,” said customer Michael Ascencio.

The Oregon Health Authority and Portland Police have made it clear that the sale of psilocybin mushrooms in Oregon is illegal. But Shroom House is booming with business.

A former employee said the credit card sales at the store showed up as Alive N Well Hospitality Group LLC and that’s who they got paid from. That business is registered with the Oregon Secretary of State’s Office. However, the mailing address listed is a UPS store in downtown Portland, and the address for the principal place of business in Georgia doesn’t exist, the address listed in Salem is for office space you can rent by the hour — and the address of Shroom House on West Burnside isn’t listed on record at all.

But as long as the magic mushrooms are at Shroom House, customers say they’ll make the trip.

“At this time, our local law enforcement partners are handling the matter. We offered our assistance if necessary,” said Alison Grande, with the DEA.