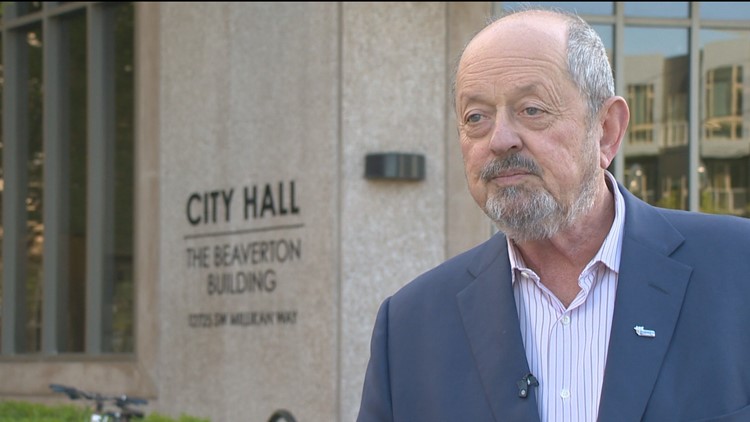 Dennis Doyle pleaded guilty in federal court last fall to one count of possession of child pornography between November 2014 and December 2015.

PORTLAND, Ore. — Former Beaverton mayor Dennis “Denny” Doyle was sentenced Tuesday to six months in federal prison for illegally possessing child pornography, according to the U.S. Attorney’s Office for the District of Oregon.

The sentence also includes five years’ supervised release, and Doyle will need to pay $22,000 in restitution to his victims, according to a news release from the District Attorney’s office.

Doyle, 74, was charged in March 2022 and was said to have “possessed digital material containing child pornography, including images depicting minors under twelve.” He pleaded guilty to one count in federal court in October.

The news release from the U.S. Attorney’s office said the investigation into Doyle began in January 2022 when a local business notified Beaverton police that it had found a USB thumb drive containing possible child pornography.

The business handed the drive over to police, who confirmed that the drive contained child pornography, along with personal photographs that appeared to belong to Doyle. They concluded that the material had been loaded onto the drive between November 2014 and December 2015.

Beaverton police referred the case to the FBI, and Portland FBI office’s Child Exploitation Task Force contacted Doyle, who admitted that the drive was his and that he had downloaded child pornography on his home computer.

No further evidence of child pornography was found on any of his digital devices, according to the news release.

Doyle was the mayor of Beaverton between 2009 and 2020 after previously serving for 14 years on the city council. He lost his seat to Mayor Lacey Beaty in a 2020 runoff election.

Anyone who has information about the physical or online exploitation of children are encouraged to call the FBI at 1-800-CALL-FBI (1-800-225-5324) or submit a tip online at tips.fbi.gov.