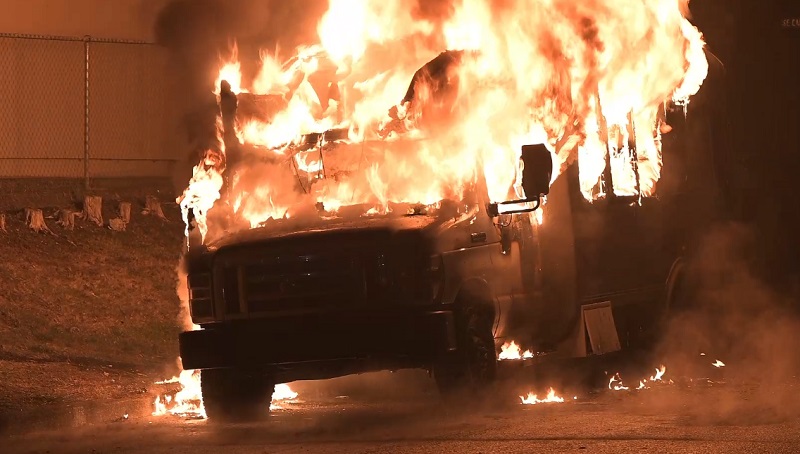 Cause not likely to be determined

PORTLAND, Ore. (KOIN) — A spectacular fire consumed a Ford van in Southeast Portland in the early hours of Sunday.

No one was hurt but officials with Portland Fire & Rescue said the van fire may have damaged some power lines in the area of SE 152nd and Caruthers.

A spokesperson with PF&R said the power company was called to the scene because the fire “was impinging on overhead power lines.”

The cause of the fire is not yet known. Because the van was completely destroyed, investigators said finding an exact cause “is unlikely.”