'Find some common ground': How the Northwest's newest Congresswomen are preparing for office 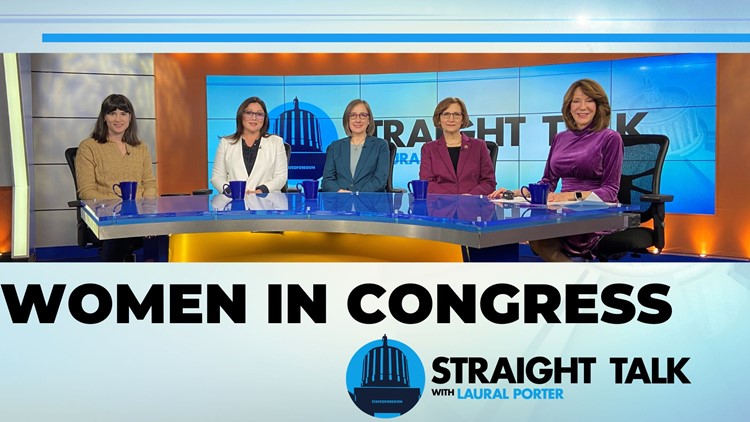 The majority of U.S. Representatives from both Oregon and Washington will soon be women. The Northwest’s newest elected leaders say they’re ready to serve.

PORTLAND, Ore. — Only about 400 women have served as members of the United States Congress. This January, the majority of representatives from both Oregon and Washington will be women.

Oregon is sending four women to the House of Representatives: veteran Rep. Suzanne Bonamici, a Democrat from Oregon’s 1st District who’s served since 2012; Val Hoyle, a Democrat who won the 4th District after Rep. Peter Defazio retired; Lori Chavez-Deremer, a Republican who flipped the 5th District; and Andrea Salinas, who won Oregon’s newest Congressional seat in the 6th District.

“It’s an astonishing honor,” said Gluesenkamp Perez, a political newcomer who owns an autobody shop in Portland. “It’s such a contrast to take the person I am — working on cars, running a small business — and find myself in Washington, D.C.

“I had not been in Washington, D.C. since 9th grade, so coming there … um, there’s a lot of suits,” she laughed. “But I’m really excited to do the work for my district.”

Lori Chavez-Deremer, who previously served as mayor of Happy Valley and also runs several medical clinics throughout the Pacific Northwest, said women are well-suited to leadership positions in D.C.

“As women, we do lots of things,” she said. “We raise families, we build businesses. We are running multi-million dollar businesses in each of our offices.”

Representatives-Elect Lori Chavez-Deremer and Andrea Salinas are the first Latinas elected to Congress in Oregon, and Marie Gluesenkamp Perez is the second from Washington. Each said they’re ready to represent the wide variety of interests in the Hispanic population.

“We’re all very proud of our heritage and the shoulders that we stand on. This weekend, I’ll be making over 300 tamales, my grandmother’s recipe, in honor of Christmas,” Chavez-Deremer said. “Representing the Hispanic culture — it’s one of the fastest-growing segments in Oregon, and it will continue to grow.”

“My district is 20% Latino. Statewide, we make up about 13% of the state. It’s a community that I’m really close to and excited to represent,” said Salinas. “I feel like it’s been a more marginalized voice in Washington, D.C., but we’ll have a greater voice now.”

“It’s an honor, and a point of pride, coming from the trades,” said Gluesenkamp Perez. “So many Latinos work in the trades and run small businesses, and so it’s important for me to bring that perspective to Congress too.”

Representative Bonamici had some advice for the new Congresswomen, starting with: “Appreciate your staff.” She explained that no work gets done in Congress without a staff, and they’re the face of the office.

“Make friends on both sides of the aisle,” she continued. “The best legislation is bipartisan, and with a divided Congress, the chances of legislation getting through that are partisan are pretty slim. So find some common ground, work together on issues, and do what’s right to move things forward.”

She also advised the new representatives to stay authentic, and stay connected to their district. And one more crucial piece of advice: “Wear comfortable shoes. There’s a tremendous amount of walking in the Capitol.”

To women who want to run for office

“Figure out where you fit in and where you can make a difference in your community. You’ll find your passion through that,” said Salinas.

“Start local. Get involved in your community. Run for city council, run for mayor, run for school boards, run for anything,” said Chavez-Deremer.

“No one’s going to give you the permission to do it,” said Gluesenkamp Perez. “You have to decide that it’s something that you are passionate about.”