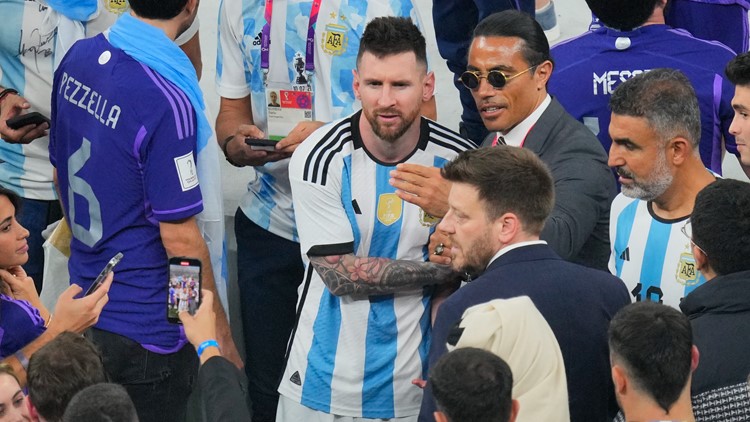 FIFA says the trophy is “a priceless icon” which “can only be touched and held by a very select group of people” which includes former winners and heads of state.

The chef, who is known as Salt Bae and is regularly seen with FIFA president Gianni Infantino, mingled with Argentina players and posed for photos after their victory over France in an epic game on Sunday in Qatar.

FIFA describes the trophy as “a priceless icon” which “can only be touched and held by a very select group of people, which includes former winners of the FIFA World Cup and heads of state.”

“Following a review, FIFA has been establishing how individuals gained undue access to the pitch after the closing ceremony at Lusail stadium on Dec. 18,” the world soccer body said. “The appropriate internal action will be taken.”

The chef, who has a restaurant in Doha, was a regular guest of FIFA with VIP access during the World Cup and posted photos and video clips on social media.

After Argentina’s win in a penalty shootout following a thrilling 3-3 draw, he was filmed grabbing the arm of captain Lionel Messi on the field to get his attention. The soccer great seemed irritated in the film clip though later posed for a photo that Salt Bae posted on Instagram.