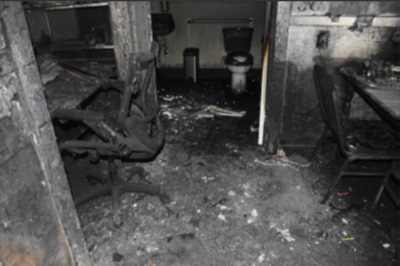 PORTLAND, Ore. (KOIN) — FBI Portland is offering the public a $25,000 reward for information leading to the arrest and conviction of the person or persons responsible for a string of arsons that occurred at reproductive health centers in Portland, Gresham and Keizer during the spring and summer of 2022.

The FBI said that the reward is part of a national effort to bring awareness to the series of attacks against reproductive health centers around the U.S. These crimes violate federal law and carry a maximum penalty of 20 years in federal prison.

The first local attack, the FBI said, occurred on May 8 at the Oregon Right to Life building located at 4335 River Road North, where Keizer Police received 911 calls reporting someone throwing Molotov cocktails at the building at approximately 10:38 p.m. A suspect is believed to have been caught on security footage on the night of the arson.

The FBI said that the vehicle used during the arson is believed to be a white sedan, possibly a 2017 or 2018 Hyundai Elantra.

The second purported attack occurred June 10 at the Gresham Pregnancy Resource Center located at 104 11th Street. Responding to the health clinic’s alarm system at approximately 2:30 a.m., Gresham Police found that the inside of the building was on fire.

“Investigators believe several Molotov cocktails were thrown through a kitchen window in order to ignite the fire,” the FBI said. “Investigators found several large bottles in the kitchen with fire accelerant confirmed on the floor.”

The latest reproductive health center arson was committed at the Mother and Child Education Center at 1515 41st Ave., in Portland sometime between 4 p.m. on the 4th of July and 8 a.m. on July 6, the FBI said. The words “IF ABORTION AINT SAFE NEITHER RU JR” and “JANES RVVGG” were also spray painted on the building’s front entrance.

Anyone with information regarding the attacks is asked to call 1-800-CALL-FBI (1-800-225-5324). Tipsters can remain anonymous and may also submit info online at tips.fbi.gov or provide or through their local FBI office.