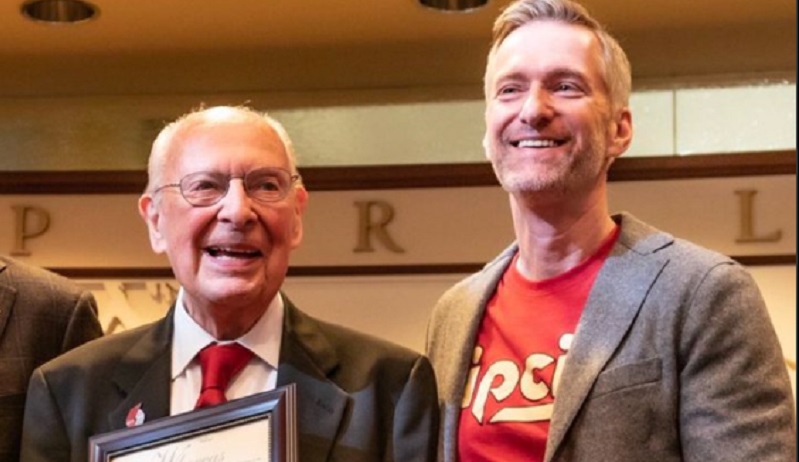 PORTLAND, Ore. (KOIN) — Trail Blazers fans and Portlanders of all ages reacted to the announcement of Bill Schonely’s death at the age of 93.

Schonely was the original voice of the Trail Blazers beginning in 1970 and he quickly became an icon in Portland.

In the wake of his death, friends, family and fans took to Twitter to share their thoughts and remembrances. Here are some:

My friend Bill Schonely provided the soundtrack for generations of @trailblazers fans and forever made our beloved Portland into #RipCity. I join all of #RipCity in extending condolences to Bill’s wife Dottie & his entire family. RIP to a true Oregon legend.

Rest in Peace to my friend and the Mayor of Rip City Bill Schonely. He was one of our city’s legendary figures and will be greatly missed.

On the KOIN Facebook page, numerous commenters shared their thoughts and condolences:

“Huge loss 😢 Such a good human. He was always so kind and accessible to the fans. His legacy will last forever.”

“incredibly sad news! I lived in Portland through the golden years of the Blazers and loved hearing him call the games!”

“Icon if ever there was, especially to PDX.”

“Rip City Forever. Thank you for the memories Mr. Schonely.”