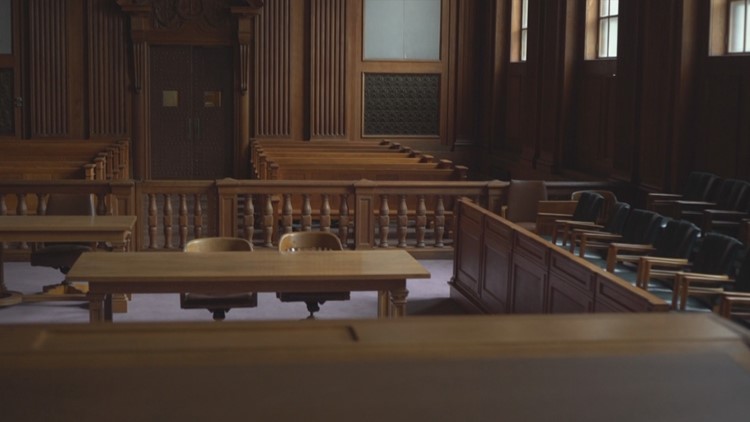 Oregon’s lack of public defenders has been well-documented in recent months. KGW’s series ‘Injustice’ shared the stories of an unrepresented defendant, a crime victim and a public defender.

Beginning in November, Multnomah County District Attorney Mike Schmidt started sharing weekly updates on cases that are dismissed or delayed due to a lack of defense counsel.

Schmidt said the ‘public defense crisis’ represents an ‘urgent threat to public safety,’ adding that this part of the justice system is ‘crumbling.’

Between February 24 and December 16, Multnomah County dismissed more than 300 criminal cases due to a lack of public defense attorenys.

More than 2,220 hearings were ‘set over’ during this period, a delay in hopes that a public defense attorney would be available at a later date.

Willy Chotzen is a public defender who told KGW that he and his peers are working as hard as they can, but it’s not enough.

“There is no shortage of attorneys, people are going to law school,” Chotzen said. “They’re just not choosing this work because it is hard. It is stressful. We are on the front lines compared to other legal professions.”

So, what kinds of cases are being dismissed, per the DA’s published data?

More than half of the dismissed cases are property crimes, and a majority of those cases are car thefts.

The DA’s office reports 80 car theft cases were dismissed between February and November.

Among ‘person’ crimes – six robbery cases and nine assault cases were dismissed for a lack of counsel.

“There is a whole host of factors that play negatively into our ability, sometimes, to bring a successful prosecution,” Schmidt told KGW in a previous interview. “Courts dismissing the cases because there’s not a defense attorney is one of the most recent.”

There are two other case categories that make up the bulk of remaining dismissed cases: A felon in possession of a firearm and eluding police. About 25 cases of each were dismissed over the last 10 months.

“I think the pandemic worsened or exacerbated or revealed a lot of these problems, but these problems are not new,” Chotzen said. “You know there have been studies going back 20 years in Oregon that that we’re not funding public defense as much as we should.”

Schmidt is part of a group that’s working on a legislative and budgetary response to the public defender shortage, according to a release from his office.