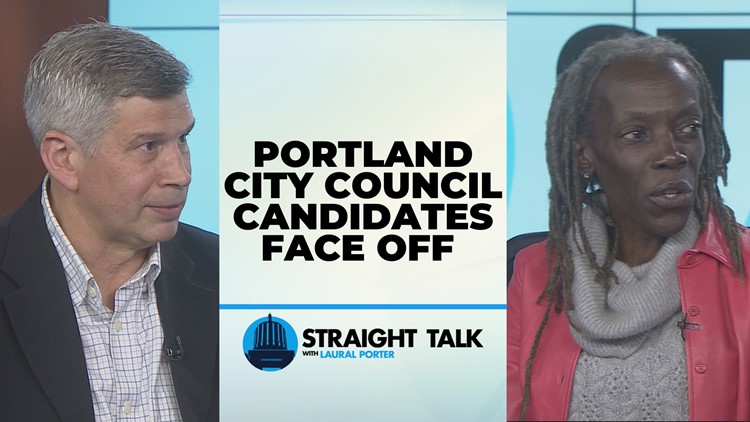 After founding Portland Street Response, Hardesty said her work is not done. Gonzalez pointed to his managerial experience, saying he could help solve problems.

PORTLAND, Ore. — Polls have shown Portland voters are frustrated and angry over growing homelessness and crime in the city, with 85% of respondents saying the City Council is ineffective. That poll was conducted by DHM research in early October.

And with the race between Commissioner Jo Ann Hardesty and her challenger Rene Gonzalez being the only City Council race on the November ballot, a lot of that pessimism seems aimed at the incumbent. An Oregonian poll showed Gonzalez leading Hardesty 59% to 22%.

However, Hardesty said her work is not done. She pointed to her success leading the way on Portland Street Response as her proudest achievement and believes Portland voters will support her.

Hardesty’s challenger, attorney Rene Gonzalez, is managing partner for both his law firm and a software company. He has said the city is at an inflection point and his professional experience, as well as his efforts to reopen public schools during the pandemic make him uniquely qualified to help lead the city in a new direction.

Both Hardesty and Gonzalez appeared together on this week’s episode of “Straight Talk” to layout their vision for voters.

Hardesty: “I believe in you, Portland”

Hardesty said she believes in Portland voters and highlighted her endorsements from much of Oregon’s Congressional delegation, Democratic candidate for Governor Tina Kotek, and abortion rights groups.

“I have a long list of supporters of people that know I get the job done. You sent me here to ask the hard questions and to do the hard work of changing systems. I believe in you, Portland. Please allow me to make our community safer, more equitable, and more just,” Hardesty said.

Gonzalez: “An opportunity of a lifetime”

Gonzalez said his work with ED300, a political action committee he founded to reopen public schools during the pandemic, demonstrated he can bring diverse groups together. He said that ability will be needed to tackle Portland’s toughest challenges such as homelessness and rising crime and gun violence.

“It’s been tough on all of us. We are going to have to dig down as we emerge from this difficult time and confront some really tough issues,” Gonzalez said. “At the same time, it is an opportunity of a lifetime to restore our inheritance, to rebuild with our own hands, hearts and minds this beautiful city of ours — and I look forward to partnering with you in all of that.”

The candidates also offered their ideas on tackling homelessness, Mayor Wheeler’s plan to ban unsanctioned camping across the city, how to reduce crime and just how contentious this race has been. “Straight Talk” airs on Friday at 7 p.m. and Sunday at 9:30 p.m.


Bonus Round of “Straight Talk”

And in a bonus round of “Straight Talk,” Hardesty and Gonzalez outlined their vision for the future of downtown Portland, discussed police accountability and Measure 26-228 which would change the city’s form of government. The extended episode is available on KGW’s YouTube channel and on our podcast, “KGW Straight Talk.”