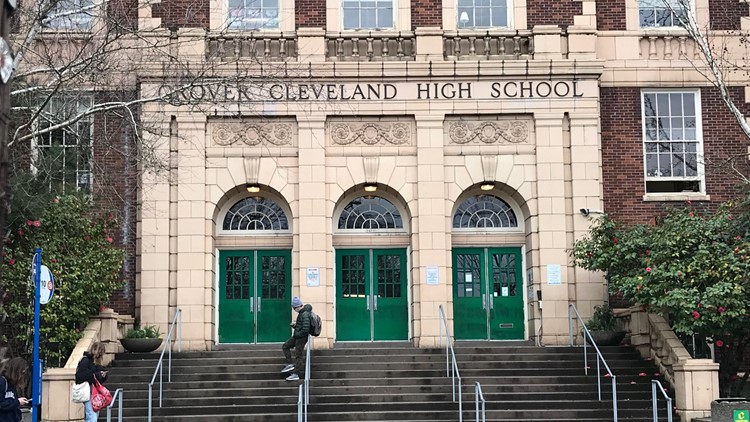 Detectives are confirming that the shooting was not a random act. At this time suspects have been identified but no arrests have been made, police said.

Detectives with the Enhanced Community Safety Team confirmed that the shooting at Cleveland High School in Southeast Portland was not a random act, according to the Portland Police Bureau.

Based on the investigation so far, the suspects involved were focused on each other and not directly at the school, detectives said.

The suspects have been identified, but no names will be released at this time. No arrests have been made either, according to police.

A safety plan has been set up through the school security system.

The investigation began after a student of Cleveland High School was shot outside of the school on Dec. 12, according to a statement from Portland Public Schools.

Officers from the Portland Police Bureau responded to the school shortly after 12:30 p.m. after someone called 911 to report hearing gunshots in the area.

PPB said that Cleveland High immediately went into lockdown. Officers found evidence of a shooting outside of the school, “partially on school grounds.” Witnesses told police that two vehicles may have been involved, but they left the scene before officers arrived.

About 20 minutes after the initial call, a 16-year-old suffering from a gunshot wound walked into a local hospital. Investigators later confirmed that the teen was a Cleveland High School student and had been shot outside of the school.

According to police, the student is recovering from their injuries.

Several students have been injured in shootings outside Jefferson High School in North Portland since the beginning of the school year. Monday’s incident was the first known shooting this year to injure a Cleveland High student.

Anyone with information about Monday’s shooting is asked to call the (503)823-3333 or email crimetips@police.portlandoregon.gov and reference case number 22-329000.