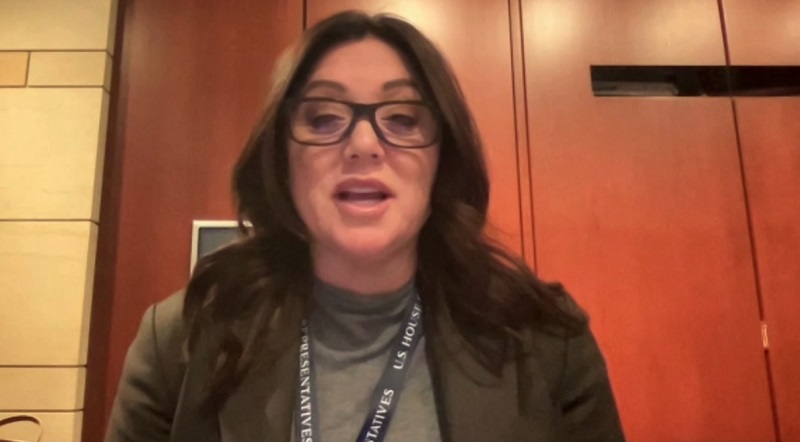 Chavez-DeRemer’s victory helped Republicans retake the House by a slim margin and as the freshman representative settles into her role, Chavez-DeRemer noted “I want to make sure that we’re representing all of Oregon here in D.C.”

“This is an important time, I think, for Oregon and for this country to know if we can serve our country as everyday people,” Chavez-DeRemer added. “I’m a mom, I’m a business owner, I was a mayor of one of the fastest-growing cities and I think that’s the change and the new face of Congressional leaders.”

While Democrats have control over the Senate and the White House, Chavez-DeRemer noted the importance of bipartisanship.

“That’s one of the things I focused on as mayor. You’re a non-partisan mayor. You’re representing everyone in the city. We have to do the same here,” Chavez-DeRemer said. “I will always reach across the aisle to make sure I’m listening to the other side.”

Within her own party, as Rep. Kevin McCarthy is in talks for a possible House Speaker role, Chavez-DeRemer voiced support the California Republican.

“He was super supportive not only in my particular race, but he was supportive about widening that Republican tent,” Chavez-DeRemer said of her support. “I think he’s going to be the next Speaker of the House and I’m glad to support him.”

Meanwhile, awaiting her committee assignment in January, Chavez-DeRemer is vying for a spot on the transportation and infrastructure committee — relying on her experience as a former mayor.

“As mayor, I was often tasked with being on transportation and infrastructure committees because I think there was a voice for the fastest-growing city in Oregon for 10 years and how we build that out…I think that’s key for Oregon in all the growth that we’re seeing,” Chavez-DeRemer said.

She’s also seeking an assignment to the House Ways and Means Committee, which has a healthcare subcommittee, noting her “18 years’ experience of being in the healthcare industry and being a business owner.”

“My husband and I, we own and operate a couple of drug-resistant depression clinics,” Chavez-DeRemer explained. “It’s such a main factor in this issue and I think that’s something we need to address as a whole.”

“Law-abiding citizens should have their second amendment right protected, absolutely. But addressing gun control through that without addressing the mental health crisis…the criminal behavior that we’re seeing is just a bigger discussion,” Chavez-DeRemer said. “I think there’s more to address than outright gun control and not protecting our Second Amendment right.”

Looking ahead to 2024, in light of Donald Trump announcing his presidential bid, Chavez DeRemer stated her support for whoever ends up at the top of the Republican ticket.

“I think we’re going to see a lot of Republicans running and we’ll see if he becomes the top of the ticket for the Republican party. I will support the nominee, but at this point I think it’s wide open for us to make those decisions early,” Chavez-DeRemer said.