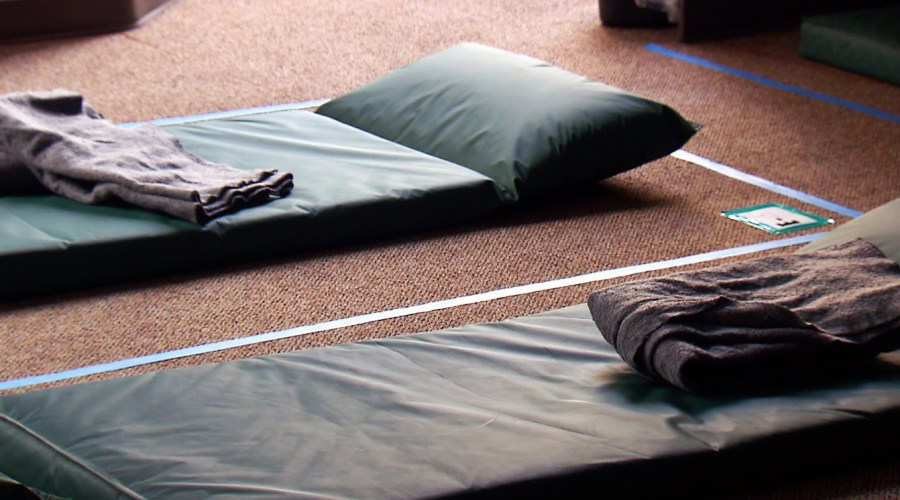 PORTLAND, Ore. (KOIN) — As the winter weather advisory continues overnight, Multnomah County is stepping up its response to help get people inside.

However, the Joint Office of Homeless Services tells KOIN 6 News that the increase in need, as well as sickness, and road conditions have all led to severe staff shortages in these shelters. Now they are calling on the community to help join them in this effort to save lives.

“It has to get like 23 degrees before I really got (to) start worrying,” said Dusty, one of many homeless people braving the cold temperatures instead of staying at one of the local warming shelters. “I’m gonna be honest with you, there’s a piece of it that’s addicting. There’s no bills, no one is going to take your property away from you. But there’s not enough of those good parts to make up for the bad ones.”

Joshua Bates with the Joint Office of Homeless Services said 795 people spent the night in a severe weather shelter on Thursday night, and that doesn’t include the nearly 1700 people serviced in year-round shelter beds.

“This is one of our largest emergency responses ever. We’ve been expanding capacity every single night since the beginning of this event. And on top of that, the roads have actually gotten worse each night. So because of that, we are really trying to tap into the energy and the compassion of our community to come out and serve in these shelters,” Bates said.

After shelters reached a capacity of 213% Thursday night, Bates says they are expanding the number of people allowed at the Oregon Convention Center to 700 guests and nearly doubling the capacity at Reynolds High School from 60 people Thursday to 115 Friday.

County data shows, as of Friday evening, outreach workers have provided a total of 238 rides to shelters since the response began, including transporting 10 families, 25 people with pets and 14 people in wheelchairs.

But despite running seven shuttles day and night, Bates says transportation teams are facing challenges while trying to navigate icy roads to connect to those in need.


Icy weather continues across the region, causing crashes and closures

“TriMet is telling us that they are actively directing people to shelters but these buses have been delayed. Last night Burnside was blocked and the wind knocked out the Max,” he said.

Bates says the staffing challenges and recent expansions are not calls for just the county to respond but for the community as well, saying it’s on all of us to help those who are without a warm home this holiday.