Car crashes into apartment after police chase in Gladstone 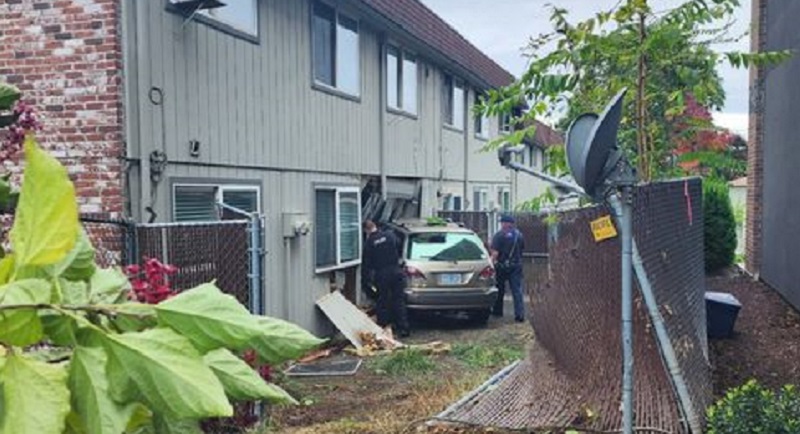 PORTLAND, Ore. (KOIN) – A person suspected of a burglary in Oregon City crashed a stolen car into an apartment and was later arrested Sunday morning, Gladstone police said on their Facebook page.

Around 11:30 a.m., Oregon City officers were sent to a burglary in progress. But the suspect fled, which led to a pursuit by OCPD, the Clackamas County Sheriff’s Office, Oregon State Police and Gladstone PD.

The alleged burglar lost control and crashed into the vacant aparment at Clarendon and 82nd. The car was later found to be stolen.

No one was hurt. The driver, whose name has not been released, was arrested.