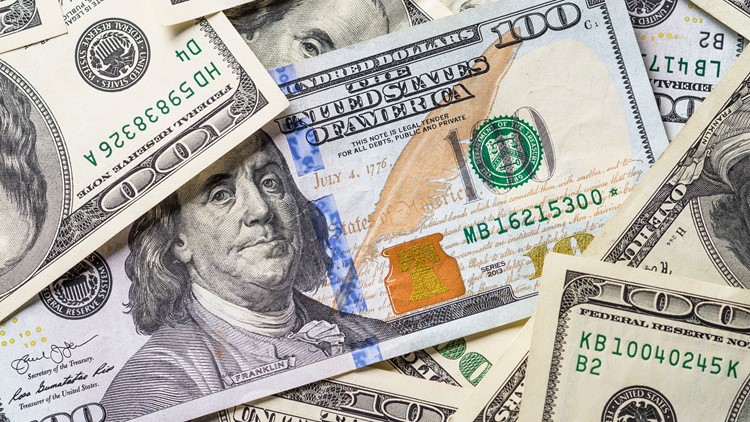 The Oregon governor’s race is the most expensive in state history, but national-level PACs are picking and choosing where to spend on Congressional races.

PORTLAND, Ore. — The November election is less than two weeks away — which means, among other things, that political ads will soon stop hounding your screens. Many of the races in Oregon and Southwest Washington are tight this year, translating to campaign contributions that are through the roof. Here’s a look at where the bulk of that money is going, which could be an indicator of where the political pros think the races stand.

Right now there are two notable races where it appears the big money folks at the national level have decided that the risk is not worth the investment. The first is Democrat Marie Gluesenkamp Perez, competing against Trump-endorsed Republican Joe Kent to represent Southwest Washington in Congress.

The Washington Post reports that Perez has not received any direct funds from the Democratic Congressional Campaign Committee, or the DCCC, to help with political advertisements. She’s also been shunned by the House Majority PAC, another group supporting aspiring House Democrats around the country.

Perez visited the KGW studio on Thursday for a taping of “Straight Talk” and expressed some frustration about the lack of big Democratic support, but also had a positive re-frame to show for it.

“I am proud to be running an independent race,” Perez said. “And I am proud that my dollars are by and large coming from Washington state. I haven’t been fundraising in Dallas, Texas or Mar-a-lago or Washington D.C. This race is a grassroots race being funded by people in Washington state.”

Admittedly, Perez’s bid is something of a longshot. Washington’s 3rd Congressional District has been solidly Republican since 2010. But the unseating of incumbent Jaime Herrera-Beutler during the May primary left an opening, allowing Perez to position herself as a moderate choice against Kent’s comparatively far-right ideology — making for a more competitive race than Perez might have managed against Herrera-Beutler.

RELATED: A closer look at the Trump-endorsed Republican candidate for US House seat in southwest Washington

Next comes Democrat Jamie McLeod-Skinner, battling Republican Lori Chavez-Deremer for Oregon’s 5th Congressional District seat. Based on the spending, national Republicans are betting on the race. National Democrats are not.

McLeod-Skinner unseated a longtime Democratic incumbent in the primary, self-described moderate Kurt Schrader, by running to his left. Schrader had been endorsed by President Joe Biden. After his loss, Schrader endorsed unaffiliated candidate Betsy Johnson for governor instead of the candidate from his own party.

The Oregonian points out that McLeod-Skinner raised and spent twice as much money over the summer as Chavez-Deremer. But now with the race considered one of the 10 that are most likely to decide which party controls the U.S. House, national Democratic spending on McLeod-Skinner is far behind their opponents.

According to The Oregonian’s reporting, the Congressional Leadership Fund — a Republican party Super PAC — has spent $5.3 million to help Chavez-Deremer. The DCCC has spent $1.85 million on McLeod-Skinner and the House Majority PAC has spent nothing.

National political committees may be picking their battles on House races, but the Oregon governor’s race is awash in this kind of spending. Both Democrat Tina Kotek and Republican Christine Drazan have been raking in money from out-of-state organizations.

As of Thursday, Drazan had just over $1.6 million available to spend. Just two days ago, the Republican Governors Association dumped in a half-million dollars to help her campaign. Their total contributions to Drazan’s campaign number just over $5.8 million.

Meanwhile, Nike co-founder Phil Knight just donated another $500,000 to Drazan on Tuesday. After lavishing money on Betsy Johnson’s campaign for months, Knight has given Drazan $1.5 million since the beginning of October.

Don’t expect the Drazan campaign ads to slow down — her campaign spent nearly $1.3 million with an ad agency on Monday.

Democrat Tina Kotek is sitting on more than $2.2 million. On Tuesday, the Democratic Governors Association pitched in another half-million to her campaign, bringing their total donations to more than $6.3 million.

Kotek also received several donations between $50- and $100,000 in the past week or so, most coming from political action committees.

And the spending records indicate that Kotek will not be letting up on ads either. In the last week, since October 20, Kotek’s campaign has spent about $2.6 million on political strategy and ad campaigns.

RELATED: Drazan and Kotek were in a close race for Oregon governor. Did the final debate change things?

Checking in on Johnson’s campaign, she was last shown holding about $1.2 million. Her campaign finance numbers have lagged behind her opponents, so the only available data on Thursday was from Oct. 19 and before.

Those latest available records don’t show any contributions comparable to the big scores her opponents have been bringing in. Most of Johnson’s earnings are from individuals or businesses with donations under $1,000.

Johnson’s campaign has not been spending much on advertisements either, compared to her opponents. On Oct. 17, her campaign spent over $400,000 on political strategy and marketing firms.

Though Johnson continues to show financial support, her records may reflect a campaign suffering from a relatively poor showing in the polls — a campaign that, not long ago, had out-fundraised both of her opponents.