Burglar shot and killed by homeowner while breaking into Vancouver home 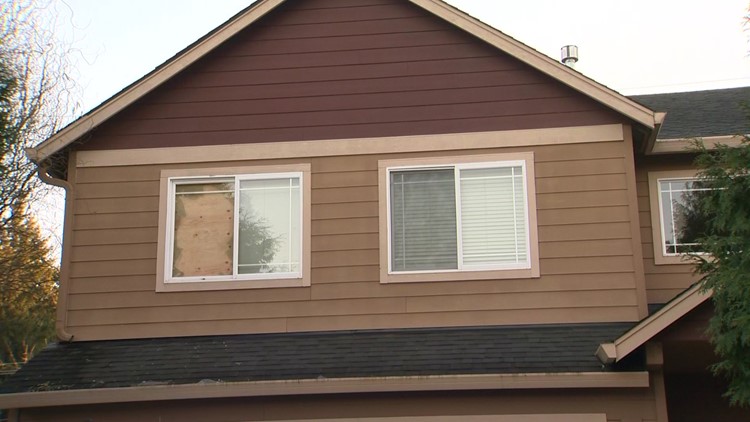 Vancouver police said they did not believe the burglar and homeowner knew one another prior to Thursday night’s break-in.

PORTLAND, Ore. — Vancouver police launched an investigation on Thursday night after a homeowner shot and killed a man who broke into their house, according to the agency.

Officers responded just before 11:30 p.m. to a house on NE 157th Court, a cul-de-sac that backs up to NE 28th Street, for a report of a residential burglary in progress.

In its initial statement, the Vancouver Police Department said that a man broke into the second-story window of a home and got inside, where he was confronted by the homeowner and shot. The man was dead when officers arrived.

“It appears that they used a vehicle to boost themselves up onto the second story and then broke in through the window of what appears to be a bedroom of the home,” said Kim Kapp, spokesperson for Vancouver police.

Kapp said that the homeowner and his spouse were home at the time, but she did not believe there were any children present. The homeowner went to confront the intruder in the bedroom where he’d broken in, shooting him during the encounter.

VPD’s Major Crimes Unit is investigating, and Kapp said she did not know if the intruder had been armed. Detectives would be gathering more information for the next few days at least, Kapp added.

There’s no indication thus far that the intruder and homeowner knew one another, according to police. Kapp could not say whether the homeowner is likely to face any charges for the shooting.

“I don’t know. I mean … definitely something that is not uncommon when people are entering people’s homes,” Kapp said. “But I don’t have the details on anything further on the investigation, and we’re in the very early stages of that.”

There were no other reported injuries in the encounter, Kapp confirmed. The Clark County Medical Examiner’s office is expected to provide identification of the suspect and the results of an autopsy within the next several days.