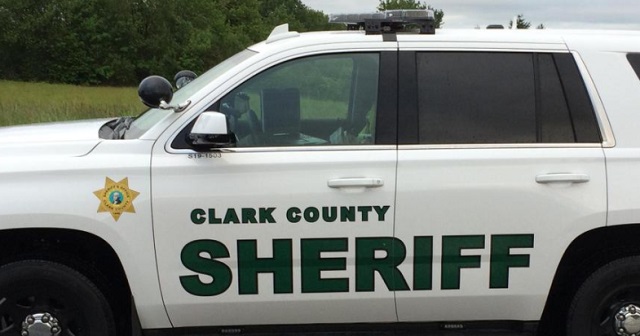 The Clark County Sheriff’s Office says John Jamison, 51 was tased and arrested in his front yard.

PORTLAND, Ore. (KOIN) — A man threatened to retrieve a gun and kill two people in a Vancouver neighborhood Thursday morning, according to the Clark County Sheriff’s Office.

CCSO says they had formed probable cause to arrest 51-year-old John Jamison for two counts of felony harassment. However, after being told he was under arrest, Jamison refused to exit his home and threatened to kill police if they approached his yard, according to officials.

Just before 2 p.m., authorities were granted a search warrant to enter Jamison’s residence to take him into custody, officials said. Due to the violent threats and potential of firearms, the Southwest Washington Regional SWAT Team was able to arrest Jamison in his front yard after using a taser.

Jamison was taken to PeaceHealth Southwest Medical Center before being booked at the Clark County Jail.