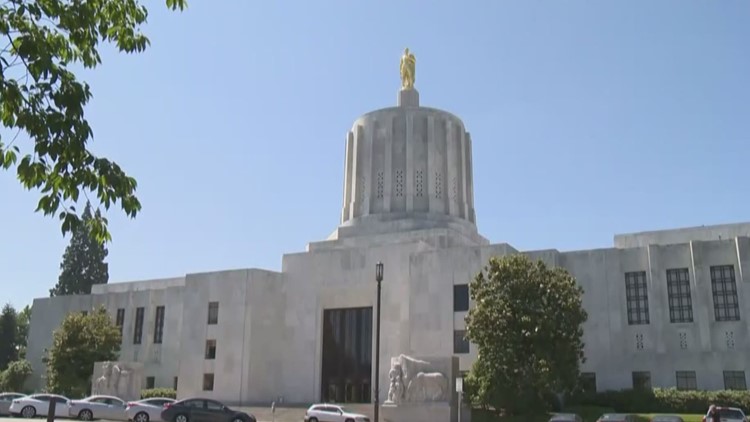 In Washington County, the Family Justice Center reported a 20-year high in cases of domestic abuse. Lawmakers will consider policy changes in the upcoming session.

WASHINGTON COUNTY, Ore. — In Oregon, 40% of women and 36% of men experience domestic violence, and more than half of all women in the state experience sexual assault, according to the Washington County Family Justice Center. Those numbers exceed the national average.

Over the years many have worked to close the gaps and empower survivors, but there’s still a long way to go. Advocates say victims often suffer in silence. They’re working to not only raise awareness but to promote education about the issue.

Advocates want people to know what services are out there and how they plan to bolster survivor safety with legislation in the 2023 session.

“It’s really though of as — that’s [happening behind closed doors] that’s not my business. Those sorts of things have really prevented domestic and sexual violence from being widely recognized,” said Rachel Schutz, the executive director of the Family Justice Center of Washington County (FJCWC).

“People don’t want to talk about it,” said Rowie Taylor, executive director for the Domestic Violence Resource Center. “Until it affects them personally. Until somebody they know, love, or care about is affected by it.”

These crimes are on the rise. Schutz said FJCWC reported a 20 year high in domestic violence locally.

“This is not just an individual victim problem, this is a community wide problem and we have to strengthen the laws and the penalties,” Schutz said. “The laws that protect survivors and the penalties for those convicted of domestic and sexual violence.”

Over the past several years, the state has made progress. And in 2019 strangulation became a felony charge in Oregon. Before then, it was considered a misdemeanor.

“If we know that someone has experienced near fatal strangulation, the next contact between that perpetrator and that victim is 650% more likely to be fatal,” Schutz explained.

Sollman hopes to make fixes to Senate Bill 48 — a new law that deals with “pretrial release.” It moved Oregon away from a bail-based system, to instead consider a suspect’s potential threat to the community.

While some communities take into account domestic violence and strangulation into consideration, Sollman said there needs to be consistent and uniform language across all 36 counties in Oregon.

“Domestic violence and strangulation was not something that was looked in a risk assessment,” Sollman said. “We see that and we know that something has to be changed. I feel encouraged that Senator Prozanski and the work group is going to take action to make that fix.”

Sollman explained she also has a legislative concept relating to “spousal support,” or alimony, brought forward by a constituent.

“It’s much like the the California law that was passed 10 years,” she said, “It would allow a court to consider evidence of abuse when they determine the amount of spousal support that someone will get.”

You can also call them individually