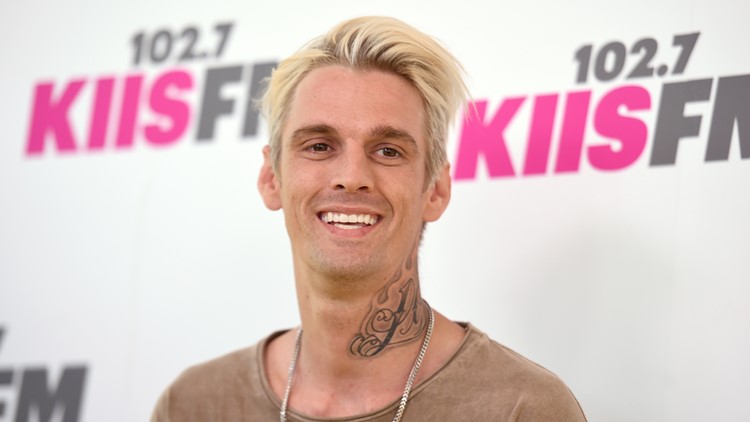 The 34-year-old singer was reportedly found dead in his California home on Saturday.

WASHINGTON — Singer Aaron Carter has died at age 34, according to multiple media reports.

The 34-year-old singer and former child star was reportedly found dead in his California home on Saturday. His death was confirmed to People and The Associated Press.

Deputies responded around 11 a.m. following reports of a medical emergency at the home in Lancaster, said Deputy Alejandra Parra with the Los Angeles County Sheriff’s Department.

Parra said the deputies found a deceased person at the residence, but she could not immediately confirm it was Carter.

No cause of death has been revealed. TMZ was the first to report the news.

Born in Tampa, Florida, Carter became a child star in the late 1990s and released five albums during his musical career. His most successful was “Aaron’s Party (Come and Get It),” which went platinum.

Aside from hits like “I Want Candy” and “Aaron’s Party (Come and Get It),” Carter was also known for being the younger brother of Backstreet Boys member Nick Carter.

The 34-year-old had a few acting roles and appeared on reality TV shows like “Lizzie McGuire,” “The Doctors,” “Celebrity Rehab” and “Dancing With the Stars.”

In recent years, Carter had been open about his struggles with drug addiction and mental health. On an episode of “The Doctors,” he revealed that he suffered from multiple personality disorder, schizophrenia, acute anxiety and manic depression.

Carter’s fifth and final studio album, “LOVE,” was released in 2018. He is survived by his son Princeton Carter, who will turn one later this month.