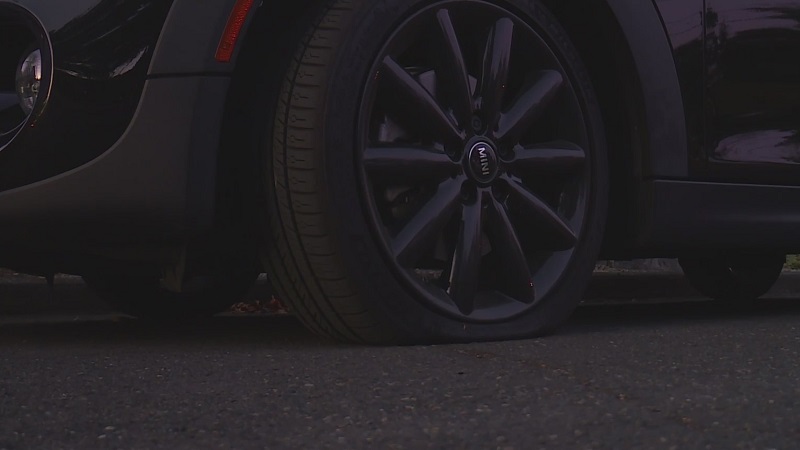 There may be more victims

PORTLAND, Ore. (KOIN) — More than 50 people had the tires on their car slashed in in Portland’s Roseway neighborhood, authorities said.

Shortly before 9 a.m. a resident in the 2800 block of NE 72nd called police about having 2 tires punctured overnight. The officer then found more than 30 people within the area of NE 72nd to 77th between Sandy and Alameda also suffered tire damage.

As the investigation continued another 20 victims in a multi-block area west of Roseway Heights Middle School, officials said.

There may be more victims. Police said anyone who needs to make a police report can go to their online reporting site and reference case number 22-263990. Photographs and invoices with damage costs are also beneficial.

Anyone with home surveillance cameras is also asked to check their footage. If anything suspicious is noticed, officials ask that you email: crimetips@police.portlandoregon.gov attention North NRT.