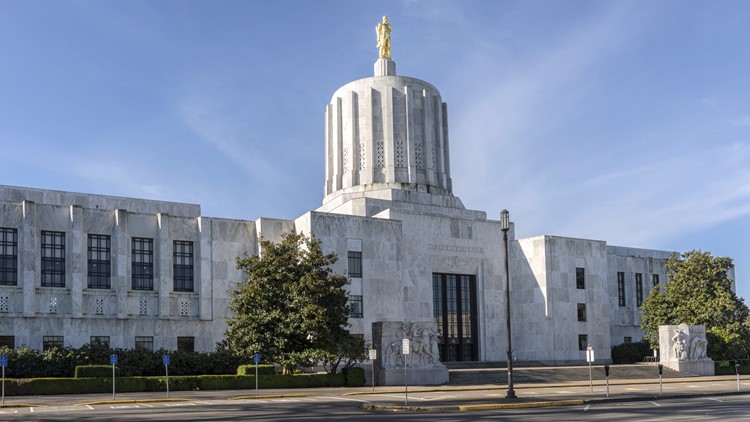 The Oregon Legislature is about to convene for the 2023 session, which will run for nearly six months. Here are the big things to know about this year’s session.

SALEM, Ore. — Oregon’s 82nd Legislative Assembly is about to get underway, kicking off a nearly six-month legislative session that aims to tackle some of the state’s biggest ongoing challenges.

One of the biggest changes in Salem this year is the arrival of a new governor: Tina Kotek will be sworn in Jan. 9, the same day lawmakers gather to be sworn in for the new session. But there are leadership changes in the works in the Legislature as well.

Here are five key things to know about the upcoming session:

Oregon alternates between 35-day and 160-day legislative sessions, with the longer ones taking place in odd-numbered calendar years. The long sessions were originally the only sessions, but Oregonians passed a constitutional amendment to add the off-year short sessions in 2010.

The Oregon Constitution gives the long session a hard deadline of June 25 to wrap up, although an early finish is allowed — last year’s short session became even shorter when lawmakers adjourned four days ahead of schedule.

Oregon operates on a two-year budget cycle, which means the long legislative sessions are the ones in which the governor proposes a budget for the next biennium — in this case July 2023 through June 2025 — and lawmakers adjust it and adopt a final version.

This year, Oregon legislators will need to grapple with lower projected revenue for the next cycle following the current windfall period.

Republicans have pointed to state economic forecast reports this year as a warning that lawmakers should prepare to tighten their belts, while Democrats have touted the state’s budget reserves as a sign that Oregon can weather an economic downturn.

Democrats retained their majorities in the November election, but Republicans gained a few seats — enough that Democrats no longer have the three-fifths majorities that the Oregon Constitution requires to pass revenue bills, so any tax legislation this year would need support from at least a couple Republicans.

The loss of the supermajority doesn’t change the math on the issue of legislative walkouts, because there’s a higher two-thirds majority requirement to achieve a quorum and overcome a walkout, and Democrats didn’t have those numbers even before November.

However, voters did just approve Measure 113, which disqualifies lawmakers with more than 10 unexcused absences from holding office in the following session. It remains to be seen whether there will be any walkouts in 2023, or whether the new rules will impact lawmakers’ tactics.

There are leadership changes

The House had a leadership shake-up a year ago when former House Speaker Tina Kotek and former Republican Leader Christine Drazan both resigned from their seats to focus on their campaigns for governor, but 2023 won’t see any big changes from where things landed back then.

The big change for 2023 is the retirement of Senate President Peter Courtney. Democrats have picked Sen. Rob Wagner (D-Lake Oswego) to succeed him, although it’ll take a majority vote in the Senate to make it official. Sen. Kate Lieber (D-Beaverton) is taking over as Majority Leader, and Sen. Tim Knopp (R-Bend) will continue as Republican Leader.

It’s back to being fully in-person

Legislative committees will return to being fully in-person this year after three years of pandemic-era virtual meetings, although people signed up to testify will still have the option to do so remotely.

It’ll also still be possible to tune in remotely — committee hearings and floor sessions, whether virtual or in-person, are streamed live on the Oregon Legislature’s website and later made available as archived video.

Side note: visitors to the capitol building should be mindful of the ongoing seismic upgrade project. The southern main entrance recently reopened, but the northern main entrance is closed. Officials have warned that the House and Senate chambers might have more limited public access capacity during the session.