His name was Al Monner and he never became a world-famous photographer (unlike his peers Ray Atkeson, Minor White, and Dorothea Lange). As far as Oregon is concerned though, I would argue that Monner gave us a priceless look into life during WWII.

Born and raised in Portland and small Eastern Oregon communities, Monner was hired as a staff photographer for the Oregon Journal newspaper in 1938 where he continued on until retiring in 1975. During his tenure, Monner made thousands of film images for the paper, covering everything from the mundane “slice of life” editorial sets to news events in every corner of the state.

Despite being frequently staged for the Journal, his images of those five wartime years in the 1940s are especially poignant.

From the early days of WWII to the ending celebrations in Portland, Monner’s lens captured it all. In scrolling through his collection we see how life for Oregonians began to phase into the wartime efforts of rationing (in everything from sugar to shoes). Women left their traditional roles in the home to venture into the workforce while their husbands were away on the front. Meanwhile, their children still found ways to have fun. In the meantime, Asian Americans were increasingly looked at with scrutiny and persecution in this tumultuous period of American history. Those images are particularly hard to view.

Beginning in 2020, the Oregon Historical Society was busy processing thousands of Monner’s negatives and digitizing them for online research. Today the incredible collection can be found on their website. We’ve selected the following 49 images to highlight here.

15. A female welder for the Oregon Shipbuilding Corporation, Portland,  January 1942

17. Illustrating the rationing of sugar with Paul Shaw, administrator of the Multnomah County Rationing Board, April 1942 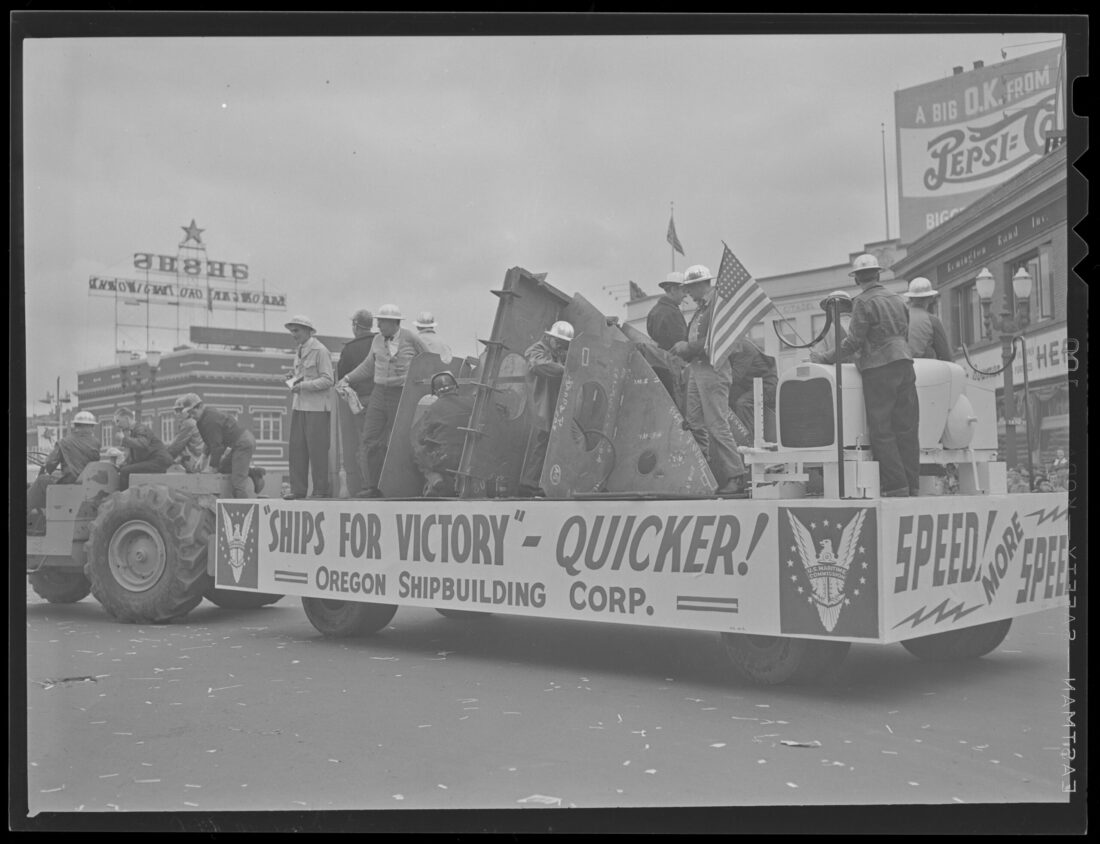 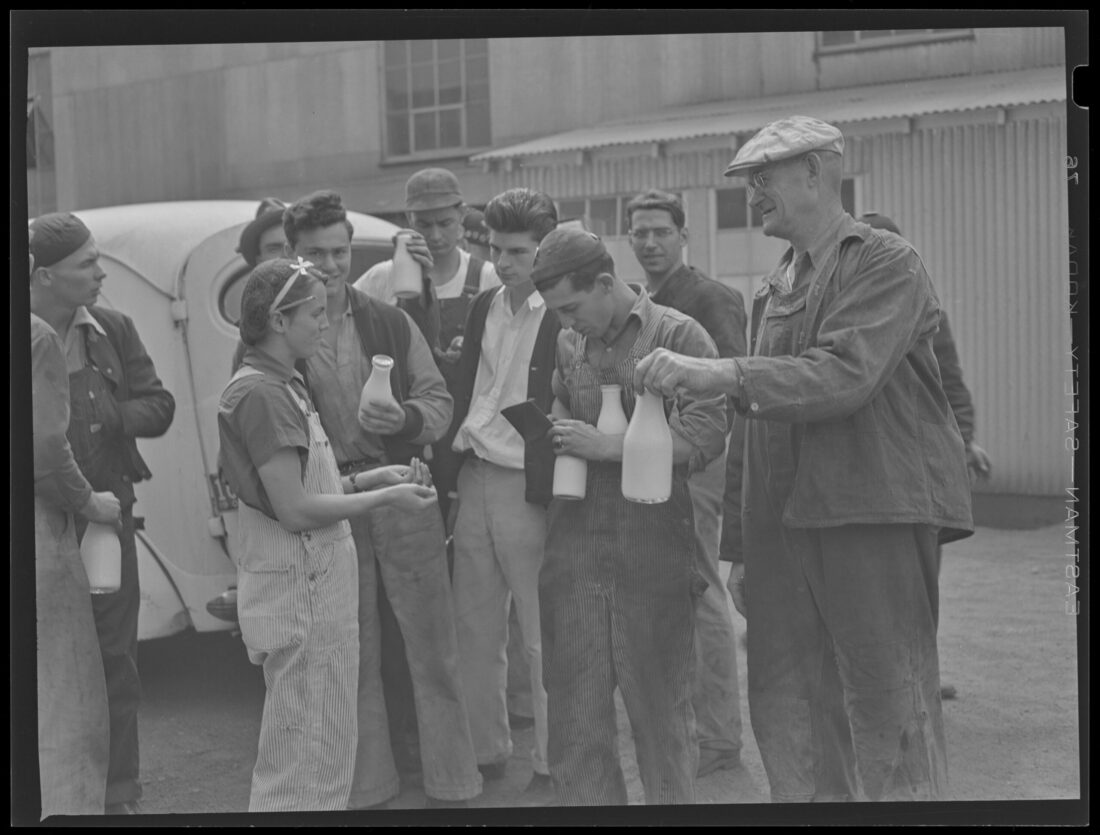 23. Students with their teacher at war worker housing, Portland area,  1942 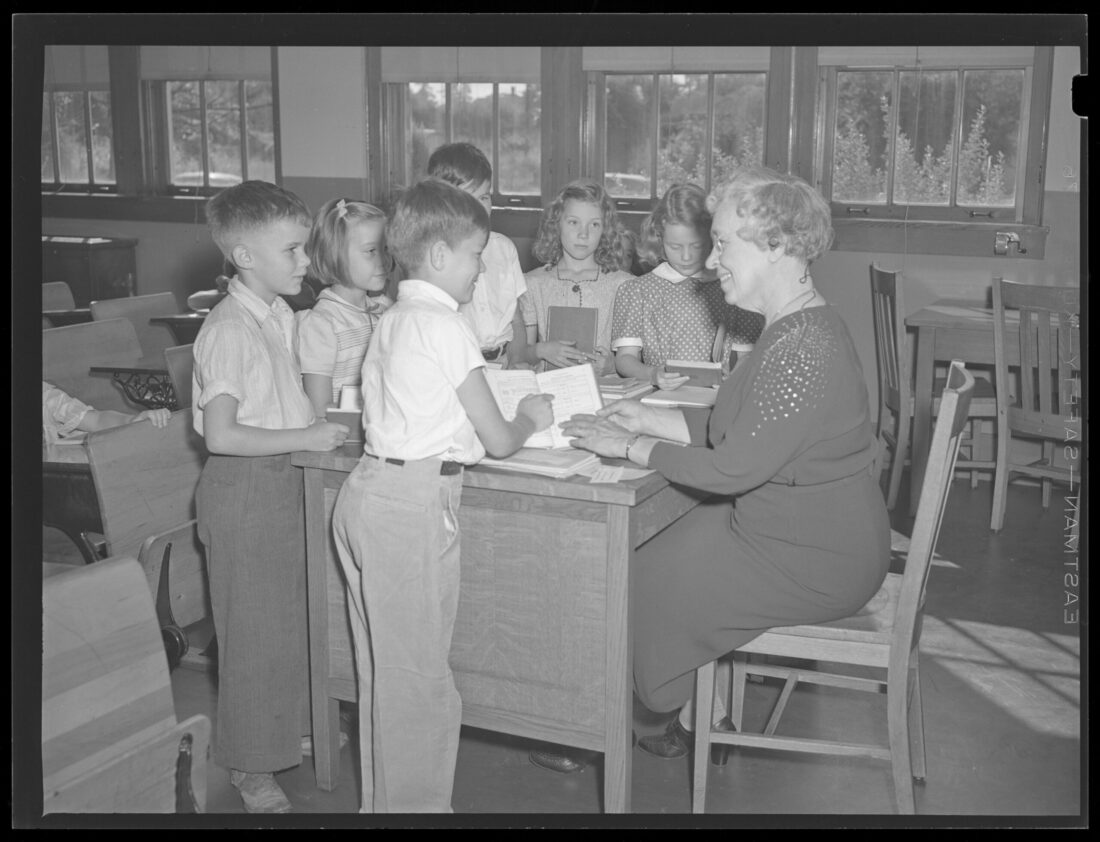 25. Elva May Poole, the first black member of the Women’s Army Auxiliary Corps from Portland, being sworn in by Lt. D.K. MacDougall, September 1942

32. A crowd at a Portland shoe store on the last day to use shoe stamps during rationing, June 1943

38. Arrival of a ship with returning servicemen and U.S. employees at Portland port, April 13, 1945