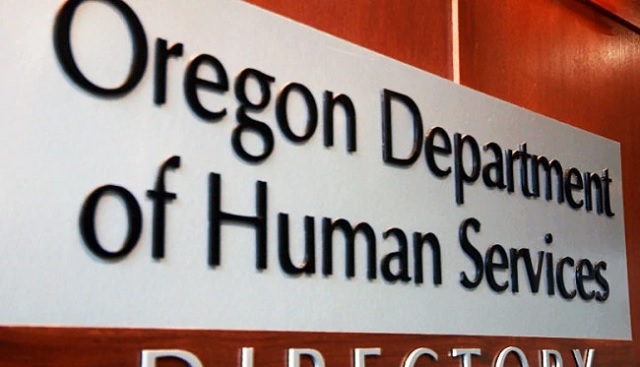 PORTLAND, Ore. (KOIN) – A federal lawsuit filed in Eugene accuses the Oregon Department of Human Services and several of its employees of neglecting the abuse a young girl experienced at the hands of her foster parent, who was convicted of rape in 2018.

The lawsuit was filed by Ethan Levi on behalf of a girl under the age of 18. It seeks $20 million in damages from the defendants.

According to the lawsuit, the girl was 9 years old when she and her younger brother were placed in the foster care of Joe Albert Raygosa and his partner in July 2016.

Before becoming an authorized foster parent in Oregon, the lawsuit says Raygosa and his partner had lived in Fresno, Calif. and were involved or questioned in the death of a 3-year-old girl.

After they moved to Oregon in 2015, Raygosa and his partner had tried to become certified foster parents through a Native American tribe but were not certified, the lawsuit said. It said ODHS did not look into why the couple was not approved for that foster parent program and that they had not received their required Structured Analysis Family Evaluation Home Study before ODHS placed the girl and her brother in their custody.

Raygosa, who was 44 at the time, was immediately infatuated with the 9-year-old girl, the lawsuit said. He asked the girl and her brother to call him and his partner “mom” and “dad” and discussed wanting to adopt the girl shortly after she arrived.

In August of 2016, Raygosa and his partner expressed concern for the boy and his behavior in their home. During an initial phone screening with ODHS, the lawsuit said the boy’s sister began to disclose possible sexual abuse by “dad.” The lawsuit accused ODHS of failing to make diligent attempts to follow up with the disclosure.

In the months that followed, the lawsuit said a medical provider contacted the DHS child abuse hotline to report that it appeared another boy and girl, who were reportedly relatives of Raygosa and lived with him at the time, had experienced medical neglect.

DHS assigned a worker to respond to the report, the lawsuit said, but the investigation dragged on for months and Raygosa and his partner were reluctant to cooperate and answer questions.

By November 2016, the boy Raygosa was fostering began showing signs of distress and neglect, the lawsuit said. He started wetting the bed, lying and threatening to commit suicide.

In January 2017, the girl Raygosa and his partner were fostering began showing signs of severe emotional distress and abuse, including eating problems and hair loss, the lawsuit said.

Other foster children who were placed in the home at the same time said they were beaten, according to the lawsuit. One said Raygosa beat him with a hanger while Raygosa’s partner sat in the living room and said nothing. ODHS staff described the children as “pretty banged up.”

Even after those foster children were removed, the girl who’s pursuing charges and her brother remained, the lawsuit said.

The boy and girl were removed from Raygosa’s home some time after June 2017, the lawsuit said. However, Raygosa and his partner still visited the children at the ODHS facility through October 2017.

At that time, the girl disclosed that Raygosa had repeated sexually abused her while she lived with him, the lawsuit said. After the girl accused him of this, Raygosa reportedly fled Oregon and was arrested in Oklahoma.

Now, more than four years later, the girl is suing ODHS and its employees saying the agency failed to keep her safe in foster care and that employees did not thoroughly investigate Raygosa and his partner before allowing them to become foster parents in Oregon.

The lawsuit accuses employees of knowing Raygosa was infatuated with the girl, but failing to investigate his behavior and the reported sexual abuse. It also accuses them of knowing about the injuries suffered by other children in the home, and of knowing the home was unsafe, but still allowing the two foster children to stay.

The lawsuit is requesting a trial by jury.

KOIN 6 News requested a statement from ODHS, but the agency did not send a response before deadline.